Want to score 10% off your first purchase?

Simply enter your email below.
You'll also be first to hear about promotions, specials and the latest new arrivals.

The wines listed below are a sample of the over 3,000 wines offered. 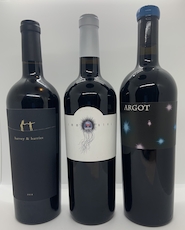 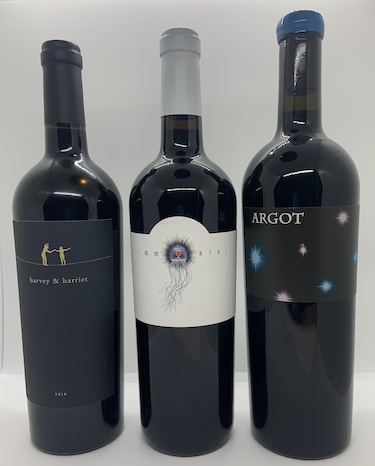 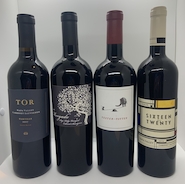 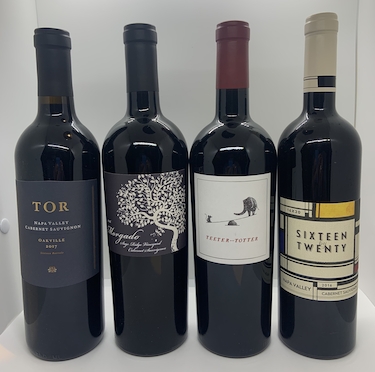 Greatness From All Around The Valley

All Star Cast
In Winemaking
3 Pack
$665.00
Read More
× ‹
Since we might not be able to connect in person for a while, We'll be assembling some of our favorite wines in personally selected three packs.
Enjoy yourself, send them as gifts with personal notes to your friends! We got you covered!
Carlos Falla, V Wine Cellar
2017 Chappellet Cabernet Sauvignon Pritchard Hill
96 Points The Wine Advocate
Deep garnet-purple colored, the 2017 Cabernet Sauvignon Pritchard Hill comes bounding out of the glass with exuberant black cherries, warm cassis, chocolate pie and blackberry preserves notes plus nuances of wild sage, forest floor and tobacco. Medium to full-bodied, the palate is elegantly played and refreshing with velvety tannins and a long mineral-tinged finish.
2018 Myriad Cabernet Sauvignon Beckstoffer GIII
98 Points Jeb Dunnuck
Pure crème de cassis, white flowers, crushed violets, and graphite notes all emerge from the 2018 Cabernet Sauvignon Beckstoffer Georges III Vineyard, which comes from a large valley floor vineyard in Rutherford. It’s a more structured, full-bodied, beautifully layered 2018 that has building tannins as well as remarkable purity.
2017 La Pelle Cabernet Sauvignon
(Not rated, just last week this wine held it's own in a room filled with $500++ bottles)
The 2017 Reserve is a full-bodied wine with a dark fruit profile and well-structured tannins. The nose is super expressive with notes of black currant, dark plum and crème de cassis. The wine opens up nicely and leaves you with strong but round tannins and great acidity. On the palate, you'll find hints of sweetness, dark cherry, blackberry and blueberry balanced out by notes of vanilla and dark chocolate. 2017 is a unique vintage for Napa Valley, showing ripe tannins, great acidity and freshness, the combination of which should create wines with a very long aging potential. 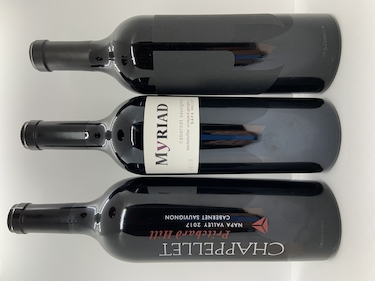 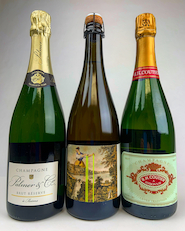 I'm Looking To Celebrate Anything Pack

Palmer Brut Reserve is based on a selection of wines from the best vineyards in the Champagne region.The Premiers and Grands Crus from the Montagne de Reims area predominate and lend their distinctive personality to these wines.The nose, amazingly clean, is expressed through a rich palette of aromas, including citrus, pear and apricot with some subtle notes of hazelnut and a discreet touch of buttery brioche.Succulent and substantial to the palate, yet with an unfettered freshness, this wine is eminently seductive: a model of perfect balance.

Three Of The Best Of The Best!
$1,850.00
Read More
× ‹
We were lucky enough to take part in a tasting that covered the best of the best from around the world last weekend.
These three bottles were part of it.
Incredible wines!
Carlos Falla, V Wine Cellar
99 Point
Hundred Acre
2014 Deep Time Kayli Morgan
The 2014 Cabernet Sauvignon Kayli Morgan Vineyard Deep Time spent 48 months in barrel, which is amazing when you consider how vibrant it is. Medium garnet colored, it hits the ground running with bright, expressive scents of raspberry coulis, blackcurrant cordial, baked plums and Morello cherries giving way to a beguiling perfume of potpourri, new leather, cloves and unsmoked cigars plus wafts of sassafras and pencil lead. The generously fruited, full-bodied palate ups the game with exotic spice fireworks among the rich, opulent fruit, supported by firm, tight-grained tannins and bold freshness, finishing very long.
100 Point
2016 SLOAN Proprietary Red Wine
Deep garnet-purple colored, the 2016 Proprietary Red opens with fragrant notions of candied violets, chocolate box and baking spices with a core of blackcurrant cordial, preserved plums and blackberry compote with touches of garrigue and menthol. Full-bodied, rich and packed with black fruits sparked by tons of cinnamon and cloves accents, it has a firm, velvety-textured frame and great freshness, finishing with epic persistence.
97+ Points
2016 Christopher Tynan
Cabernet Sauvignon
The 2016 Cabernet Sauvignon Meleagris Gallopavo Vineyard doesn’t disappoint and is another tour de force from winemaker Christopher Tynan. Reminding me of the 2013, although with slightly more freshness, it offers a wild perfume of bloody blueberries, lavender, olive tapenade, and gamy notes. Rich, powerful, and full-bodied, it has building tannins, a layered, multi-dimensional texture, nicely integrated acidity, and a great, great finish. It needs 5-7 years of bottle age, but it’s a magical wine in the making. 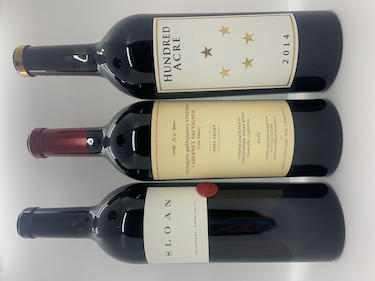 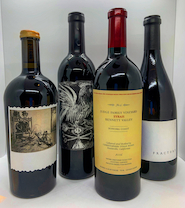 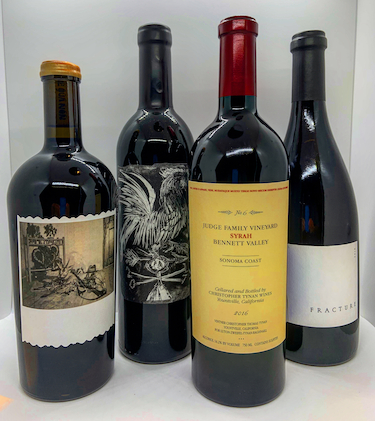 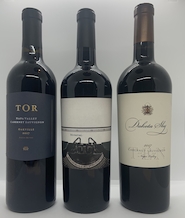 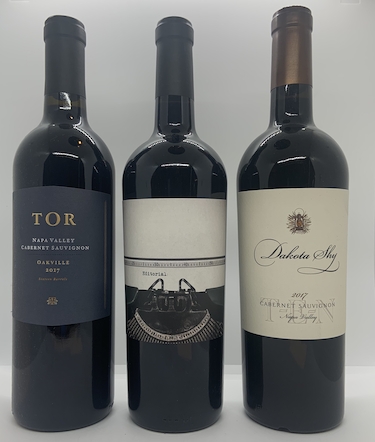 Thanks! Would you like to provide some more information?